The average Nigerian barely makes enough money to feed his or her household let alone achieve our many big dreams, almost every Nigerian will tell you they want to buy a land or a car, but critically looking at the economic trend today, it is quite a huge task to achieve (Legally). Even for those who claim they are wealthy, they lack in health, the food we eat in the modern era is not ideal for the human body.
How do we end this trend of poverty and bad health? In 1958 a man called Jerry Brassfield in the USA came up with an initiative to help the common man like me and you, his initiative later became the multi trillion dollar company known as NEOLIFE today.
In 2001 he brought this initiative to Nigeria, then president Olusegun Obansajo was on a “poverty eradication programme” as at then. OBJ liked Jerry’s idea and he asked Jerry to take his idea to the Mass Media for publicity, but there was one flaw.
A total of 25million naira was the total bill to publicize on Newspapers, TV, Radio and Billboard but the owners of these were already rich people and the celebrities needed to push this company in Nigeria were already rich people, like pouring water in an already filled cup. Jerry disagreed, that money can instead be given to common people like me and you and the company can be publicized by the common man, me and you. He told one, one told two, the two told others, they also told others and behold NEOLIFE established itself in Nigeria in less than one year.
Now 22 years in Nigerian NEOLIFE has been helping people, old and young, male and female take control of their finance, you do not even have to do it full time; the company simply pays you for spreading the word. 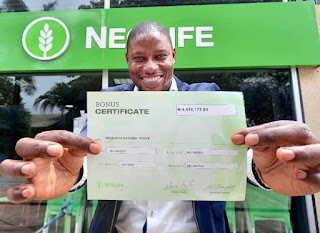 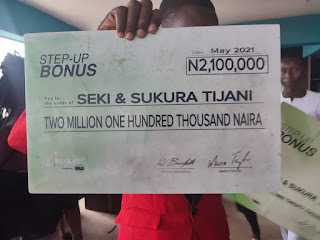 There are physical addresses in many parts of the country and many more people are joining in daily, when you join you stand to benefit three things
1)Cool wealth
2)Good health
3)Lifestyle/freedom
You qualify for local and international all expense paid travels at certain milestones and aside the regular monthly pay from the company, there are several other bonuses.
Notable Nigerians who have benefited from the programme:
1)Afeez Tijani
2)Micheal Ajewole
3)Emmanuel Adeosun
4)Serki and Sukurat Fijani
And many more.
When you join, what you get from the company includes;
1)32 documents
2)ID number
3)ID card
4)Your Personal Website
5)Recognition pin
6)Two free products
7)Account number (If you don’t have one already)
This will be delivered to you anywhere in the country. In NEOLIFE you earn according to your performance, it is not a money doubling or fast money scheme, we believe in commitment and steadfastness, taking each step the correct time and correct way.
For more information and questions, join one of our distributor groups on Telegram: http://t.me/NeolifeNigeriaDistributors
WhatsApp Group: https://chat.whatsapp.com/FW1zhVKoDaxFfuLfRmMWGc
We will hold regular trainings on the group and how you can benefit from this opportunity
Websites: shopneolife.com/ubhigodsent   and neolife.com
Contact: Dr Godsent 07062742743

This site uses Akismet to reduce spam. Learn how your comment data is processed.

You may have missed

Trevor (OBAISSEEMPIRE ) Biography And Net worth